To share your memory on the wall of Joseph Paccione, sign in using one of the following options:

Family and friends are invited to attend a visitation on Thursday April 11th, 2019 from 4 to 7 p.m. at Orender Family Home for Funerals 2643 Old Bridge Road Manasquan, New Jersey 08736. A Mass of Christian Burial will be 11 am Friday, April 12, 2019 at St. Martha’s R.C. Church, in Point Pleasant Borough. Cremation will be private. To send condolences to the family please visit www.orenderfamilyhome.com.
Read Less

To send flowers to the family or plant a tree in memory of Joseph James Paccione, please visit our Heartfelt Sympathies Store.

We encourage you to share your most beloved memories of Joseph here, so that the family and other loved ones can always see it. You can upload cherished photographs, or share your favorite stories, and can even comment on those shared by others. 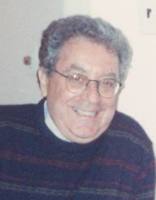