To share your memory on the wall of Fred Lockenmeyer, sign in using one of the following options:

Provide comfort for the family of Fred Lockenmeyer with a meaningful gesture of sympathy.

Fred was born in Camden, NJ on October 1, 1933 and was raised in Brooklawn, NJ. He was predeceased by his parents Johann Hans “John” and Freida Lockenmeyer, who emigrated from Germany in 1929. He was predeceased by his brother John in 1990. Fred’s father instilled in Fred his work ethic, self-reliance and sense of adventure. His mother gave him her great faith, a sense of duty, humility, loyalty and respect of others. Put that all together and you have an outstanding human being, albeit a tough one with a twinkle in his eyes.

Fred graduated from Gloucester High School in 1951 excelling in baseball, basketball and football. He was captain of the Gloucester High School baseball team from 1948 to 1951. He attended Glassboro State Teachers College for two years where he played shortstop for the Glassboro State Professors and became the team’s lead-off hitter. Fred transferred to Gettysburg College in his junior year as a “walk-on.” He played baseball and football and obtained a Bachelor of Science Degree in physical education. Additionally, Fred earned a Master’s Degree in School Administration from Seton Hall University.

In 1955 Fred began his teaching career at Manasquan High School where he taught science and physical education and coached several sports. Soon after he was hired to teach at Manasquan High School, Fred was drafted into the U.S. Army where he played football on the base team with legendary NFL football stars “Rosey” Grier and Sherman Plunkett. While stationed in Germany Fred was joined by his then wife, Mary Frances Carstens. Together they were able to connect with his mother’s family who were living in those austere post-war times and brought blankets, food and clothing to them. Fred also acquired a true love for Bavaria where he often visited after retiring. He traveled throughout Europe with Carol or with friends or with children and grandchildren in his “Born Free” camper, which he had transported to Germany where his daughter Christine was stationed while serving in the U.S. Army.

Upon Fred’s release from the Army in 1958, he returned to Manasquan High School and resumed his teaching and coaching positions. He was soon named head coach of the football team in 1963 bringing Manasquan back to its former excellence winning the Shore Conference title in 1965. Fred took the responsibility of head coach with enthusiasm, awe and a sense of urgency. He sometimes clashed with administrators about the new methods he was using, but he had a unique ability to bring different groups together with his authentic love of the game.

In 1968 Fred was appointed vice principal of the high school and in 1978 was appointed principal of the Manasquan Elementary School. He showed tireless dedication to advancing the prospects for the school district’s students. Fred was the ultimate “student advocate” wanting only for each child to achieve his or her best. With his unique way he was able to bring students, faculty, administration and parents together, often bringing disagreeing parties to concord. He started, among other programs, the summer reading program, introduced “Reading is Fundamental,” “Time with the Principal” and Squan Pride. Producing the “Nutcracker” with students in grades 1-3 was a true fete of cooperation among teachers, parents and students. In 1983 Fred was made Assistant Superintendent of Schools. He held this position until 1989 when he once again assumed his position as principal of the elementary school until his retirement in 1995 after 40 years of service.

Not only was Fred an outstanding educator, he actively participated in community affairs in both Manasquan and Monmouth County. He became a Manasquan councilman and was elected council president 1971. He was in charge of law and order and the street and maintenance departments. He started the recycling program, stopped the sale of vacant land in town to create community parks on some of these properties. He also spearheaded the movement to remove parking meters in the town. He gathered like-minded people together to form the Friends of Manasquan Open Space. The Open Space Trust Fund was passed by a majority of voters.

In 2000 Fred and Dr. Rudy Buser of Wall Township had a vision of a bike/hiking trail called the Capital to the Coast Trail that would extend across the state of New Jersey from the Atlantic Ocean to Trenton and connect with the East Coast Greenway. It is still a work in progress. The Monmouth County Park Commission has now taken on the responsibility of extending the existing trail from Allaire State Park to the Manasquan Reservoir and, hopefully, beyond to Mercer County. Fred also spent numerous years working with various county agencies and was commended for his many years of service on the Monmouth County Planning Board, the Environmental Commission and the Monmouth County Drug and Alcohol Committee. He envisioned a YMCA in southern Monmouth County which fostered the redevelopment of Camp Zehnder YMCA. Fred also found time to referee basketball and soccer games and was commended for his 40 years of service by the Shore Board No. 194 IAABO.

Fred was a remarkable educator, coach, town and county organizer who seemed indefatigable in his ability to “get the job done.” He left an indelible love for life and travel with his partner Carol and her grandchildren and his children and grandchildren. He loved the beach, walking on the Spring Lake Boardwalk with his buddies of 40 plus years, skiing, tennis, golf, traveling Europe with Carol in the “camper,” Stoneybrook and running 20 marathons. He ended his running career by running the New York City Marathon when he was 80 years old. Fred, Coach, Pazz, PopPop will be sorely missed.

Visitation will be on Friday, December 6, 2019 from 4 pm to 8 pm at Orender Family Home for Funerals, 2643 Old Bridge Road, Manasquan, NJ. Funeral services will be held 10 am Saturday, December 7, 2019 at the Point Pleasant Presbyterian Church, 701 Forman Avenue, Point Pleasant Beach, NJ. In lieu of flowers, donations in Fred’s honor may be made to the Township of Howell, Capital to the Coast Trail Fund, PO Box 580, Howell, NJ 07731 or to the Rett Syndrome Organization, 4600 Devitt Drive, Cincinnati, OH 45246. If further information is required about the Rett Syndrome Foundation, please call 513-874-3020 or email admin@rettsyndrome.org. The family would like, if possible, blue or cheerful colors be worn to commemorate Fred’s cheerful disposition and his love of Manasquan’s Big Blue. For more information and to send condolences, please visit: www.orenderfamilyhome.com.
Read Less

Donations are being accepted for:
Howell Capital to the Coast Trail Fund Rett Syndrome Organization

We encourage you to share your most beloved memories of Fred here, so that the family and other loved ones can always see it. You can upload cherished photographs, or share your favorite stories, and can even comment on those shared by others.

from Michigan: the Belangers, Lanes and Masons, Mark, Hazel, Nigel, Chloe and Brianna, and others have sent flowers to the family of Fred Lockenmeyer.
Show you care by sending flowers

Posted Dec 14, 2019 at 04:48pm
After reading this incredible obituary I am sorry I missed meeting the this amazing man. My childhood memories are filled with visits from my Great Aunt Freida (Fritz’) mother, but I do not recall meeting Fritz. Please accept my sincere condolences on behalf of my mother Hilde Dorcich and myself. What a blessing to have had him in your life. I’m sure he will be greatly missed.

Posted Dec 07, 2019 at 08:57am
Dick Johnson
I was so upset that I missed Fred's viewing and a chance to offer my condolences to his family. I had the utmost respect for Fred as an educator, father, and person. While I was coaching Christine he was always so positive in regards to all that we tried to accomplish. I still have a personal card he sent to me congratulating me on the season and that card means a lot to me. Fred was a special person and the family should be very proud of him. My prayers are with the entire family.
Comment Share
Share via:
MC

Posted Dec 05, 2019 at 08:08pm
From all the stories Ive heard he brought so much beauty to the world in everything he did! In his memory this seems fitting. Sending love and prayers

from Michigan: the Belangers, Lanes and Masons

from Michigan: the Belangers, Lanes and Masons purchased flowers for the family of Fred Lockenmeyer. Send Flowers

Posted Nov 30, 2019 at 10:20am
Carol and the Lockenmeyer Family Eleanor and I only knew Fred for a too short four years. He was always upbeat enthusiastic and full of life and plans for the future. I consider myself lucky to have played for Coach Fred on the Stoneybrook Mens tennis team in his last coaching position. We were not always the best team but we had the best Coach - Fred. Our thoughts and prayers are with you. Jim and Eleanor Carlin
Comment Share
Share via: 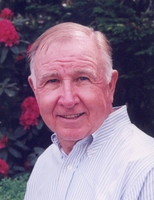