To share your memory on the wall of James Thompson, sign in using one of the following options:

Print
Dr. James Lewis Thompson, Sr. DDS, 84, of Brielle, passed into the larger life on December 4, 2019 at home after a long illness.

Born July 18, 1935, in Roselle, NJ, he was the son of Everett H. Thompson, Sr. and Esther Weigand Thompson. He was graduated from Roselle High School in 1953 and attended the University of Delaware from 1953 to 1955, where he was a member of Sigma Nu Fraternity. He was accepted by Temple University School of Dentistry in the spring of his sophomore year when he was 19, and attended Temple from 1955-1959, where he was the youngest member of the graduating class at 23 years old. He was graduated with honors, and was elected to Omicron Kappa Upsilon, the national dental honorary fraternity. Election to this group is the highest honor bestowed on a student in the dental profession. Membership is limited to 12% of the highest 20% of each graduating class conditional upon excellence in academic attainment and meritorious professional conduct. He was also a member of Psi Omega Fraternity, the John A. Kolmer Honorary Medical Society, and the Junior American Dental Association.

In 1957 he married the love of his life, Diane Carr Thompson, whom he met while at the University of Delaware. Their first date was on her 20th birthday. After being graduated from Temple University, he entered the Navy and was stationed at the Naval Amphibious Base - Little Creek, Virginia, and served as a dentist. He was very proud to have had the privilege of treating the Underwater Demolition Team, the precursor of the Navy Seals. He was released from service as a full Lieutenant to the inactive reserve until age 55.

Dr. Thompson, known to most as “Doc”, went into private dental practice in Brielle in 1961 and practiced for 43 years. He was a faithful and active member of The Church of St. Uriel the Archangel in Sea Girt. Dr. Thompson was elected to the Vestry in 1976, and had served as treasurer, and then treasurer emeritus, since 1977. Over the years he also served as Junior Warden, Senior Warden, Vestryman, and Treasurer of the St. Uriel's Foundation since its inception.

He was a Freemason and a member of Ocean Lodge No. 89 (formerly Wall-Spring Lake Lodge No. 73) of Free and Accepted Masons for the State of New Jersey, Spring Lake Heights, New Jersey.

Dr. Thompson had lived in Brielle since 1956 and was proud to have missed only three summers at the Shore since 1937. As a child, he summered in Manasquan with his parents, and as a boy worked for Mr. William E. Smith. He was an avid fisherman, decoy collector and a member of the Decoy Collectors Association of NJ., and a student of local history. He also loved Island Beach State Park and enjoyed trips to “the shack” and loved surf fishing, and fishing in the Manasquan River. He also enjoyed socializing at Moran’s. He was proud of his Irish heritage.

Above all, he was a loving husband and father dedicated to his children and family, his church, the Shore, the dental profession, and his patients. Doc was very proud of all his grandchildren and adored his great granddaughter. He loved his home.

He was predeceased by his parents, Everett H. Thompson, Sr. and Esther Weigand Thompson, his brother, Dr. Everett H. Thompson, Jr., DDS, his sister, Janet Thompson Scott, and his son, James L. Thompson, Jr. He is survived by his loving wife of 62 years, Diane Carr Thompson; his daughter, Diane Thompson Miller and her husband Glenn and their children Diane (Jeremy Hallenbeck) and Andrew, his great granddaughter Scarlett Elyse Hallenbeck; his son Michael Clark Thompson and his wife Christine, and their children Luke, William, and Jake; and his grandsons James and Robert Thompson and their mother Peg D. Thompson; his niece Lucinda Kennedy, and nephew Jeffrey D. Capshew.

Family and friends are invited to attend a visitation on Friday December 13, 2019 from 4-8 pm at Orender Family Home for Funerals 2643 Old Bridge Road Manasquan, NJ. A Mass of Christian Burial will be 11 am on Saturday December 14, 2019 at Church of St. Uriel the Archangel 219 Philadelphia Blvd, Sea Girt, NJ. Interment will follow at Greenwood Cemetery, Brielle. Memorial donations may be made for the benefit of the church foundation by donating to Church of St. Uriel the Archangel, please note in the memo “Foundation”. To send condolences to the family please visit www.orenderfamilyhome.com.
Read Less

To send flowers to the family or plant a tree in memory of James Lewis Thompson Sr., please visit our Heartfelt Sympathies Store.

Donations are being accepted for: Church of St. Uriel the Archangel.

We encourage you to share your most beloved memories of James here, so that the family and other loved ones can always see it. You can upload cherished photographs, or share your favorite stories, and can even comment on those shared by others.

Posted Dec 15, 2019 at 12:08pm
My deepest sympathy for the death of Doc Thompson. He was so professional, he was so much fun, he made coming to the dentist almost a pleasure. I am sure he was grinning his head off yesterday when Navy beat Army in the Army/Navy game. God speed Doc Thompson. Doris Gethard
Comment Share
Share via:
HS

Posted Dec 13, 2019 at 08:02am
You are in our thoughts and prayers. Love and Hugs. Doc will always be remembered with fondness and will be missed. Randy and Melodie

Posted Dec 12, 2019 at 04:28pm
Rich and I will always remember your Dad with great love. He was such a dedicated Christian and wonderful human being. His big smile and the hug you knew you would always get from him will be forever missed. We send you and your family our deepest love and sympathy. Claire Burt
Comment Share
Share via:
LT

Posted Dec 07, 2019 at 02:04pm
Diane and Glenn - So very sorry to hear of the loss of your father. Jeff spoke of him often and I think of them both when I look at the carved bird that was a gift to Jeff from your Dad. My deepest sympathy. Sherry Bruett
Comment Share
Share via: 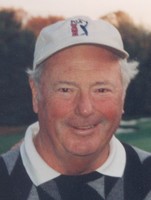