To share your memory on the wall of Michael Jennings, sign in using one of the following options:

Michael was a very social person. He loved to attend the dances and meet friends and was very popular with the ladies. It was one evening while attending the Beaten Path in Claremorris he would meet the love of his life Catherine Moran. It was love at first sight, but Michael had to play cool. They met on the dance floor and Michael got up the courage to ask Catherine back. The couple would marry July 8,1991 at Our Lady’s Help of Christians, Swinford, Co. Mayo.

Michael adored Soccer. A loyal Arsenal Fan Michael loved to watch and attend some of the games. If he was not watching Arsenal you could find him watching the Mayo games. He introduced lady soccer in Swinford and established the Swinford Girls Soccer team. He also loved listening to music. Anything by the Saw Doctors, the Smiths, Fleetwood Mac and Christy Moore.

Although Michael loved Ireland his heart was in America. He would always make people aware he was an American citizen. In August 2012 Michael and his family moved back to America where they settled in Ocean Grove. His first jobs were with the Breakers hotel and Radio Shack in Ocean Grove before working at Clancy’s Tavern, Johnny Mac’s and Kim Maries Eat and Drink Away in Asbury Park. He thoroughly enjoyed his work as a bartender. Always happy to greet people and make them feel at home. He would always say “People forget what you say, but never how you make them feel”

Michael will be remembered as a family man who was reliable, witty, caring, positive and always had a great sense of humor. He always saw the funny side in everything and would make a joke out of it. He would do anything for his wife and two girls Siobhan and Danielle.

Michael is survived by his wife Catherine, his daughters; Siobhan and Danielle, his sister Angela, his mother Mary and his Uncles, Aunts and many cousins. He will be missed by his many friends that became family, the Irish Community and patrons of Johnny Mac’s.

A Celebration of Michaels Life will take place at the Orender Family Home for Funerals, 2643 Old Bridge Road, Manasquan, New Jersey 08736 on Thursday, February 13th from 4-8 PM. Micheal’s remains will be repatriated home to Swinford, Co Mayo. In lieu of flowers donations may be made in Michaels name to the Kevin Bell Repatriation Trust. For more information or to leave a condolence please visit www.pelhamfuneral.com
Read Less

To plant a memorial tree in honor of Michael Jennings, please visit our Heartfelt Sympathies Store.

We encourage you to share your most beloved memories of Michael here, so that the family and other loved ones can always see it. You can upload cherished photographs, or share your favorite stories, and can even comment on those shared by others.

Angela,
Our sincerest sympathty to you and Michael,s family. I know this was a tremendous shock to all of you and I pray to God you'll
be able to handle it. Your cousin Mike and Bea
Comment Share
Share via:
DH

Devon Hart purchased flowers and planted a memorial tree for the family of Michael Jennings.

Posted Feb 13, 2020 at 08:02am
Michael was a guy who always seemed to wear a broad smile, but more importantly he made everyone else smile too. He spread happiness everywhere he went. We were blessed to share a world with such a fine fella.
Michael Gallagher, Mayo'
Comment Share
Share via:
HS

Posted Feb 12, 2020 at 10:10pm
We are honored and blessed to have known Michael. He was truly a blessing in our lives and we will miss him deeply. Our condolences.

Flowers were purchased for the family of Michael Jennings. 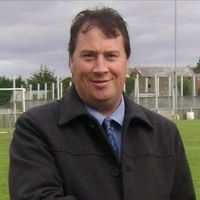