To share your memory on the wall of George Kleinknecht, sign in using one of the following options:

Family and friends are invited to attend a visitation on Sunday, February 23, 2020 from 2-6 pm at Orender Family Home for Funerals, 2643 Old Bridge Road, Manasquan, NJ. A Mass of Christian Burial will be held 10 am on Monday, February 24, 2020 at St. Denis Church, Manasquan. Entombment to follow at St Catharine’s Mausoleum, Sea Girt. In lieu of flowers, memorial donations may be made to Manasquan Elks Lodge #2534, PO Box 256, Manasquan, NJ 08736, Att: Special Children’s Committee. To send condolences to the family, please visit www.orenderfamilyhome.com.
Read Less

To send flowers to the family or plant a tree in memory of George R. Kleinknecht, please visit our Heartfelt Sympathies Store.

We encourage you to share your most beloved memories of George here, so that the family and other loved ones can always see it. You can upload cherished photographs, or share your favorite stories, and can even comment on those shared by others.

Alicia and Stan Szprengiel sent flowers to the family of George R. Kleinknecht.
Show you care by sending flowers

Posted Feb 22, 2020 at 10:20pm
We loved Poppop dearly and know that he is in heaven. We are thankful for the immediate love and affection that he showed our family.

Alicia and Stan Szprengiel purchased flowers and planted a memorial tree for the family of George Kleinknecht. Send Flowers

Posted Feb 21, 2020 at 03:06pm
Praying Jesus will wrap his loving arms around your family during this sad season. Hugs and Love, Laura & Ryan Hennessy

Flowers were purchased for the family of George Kleinknecht. Send Flowers

Posted Feb 19, 2020 at 03:21pm
It was sad to read about my old neighbor from Wyckoff Avenue passing away. To all the Family my sorry for your lose.
John H. ( Jack ) Jansen Jr.
Comment Share
Share via: 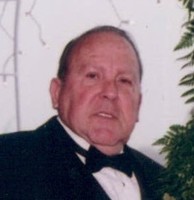