To share your memory on the wall of Samuel Toscano, sign in using one of the following options:

Sam was predeceased by his father, Samuel, Sr., his mother, Carmela and his wife, Barbara Jean. He is survived by his sister Sandra Toscano Keary and his brother-in-law, Michael, his brother-in law and sister-in-law Salvatore and Judy Gerardo, his many nieces and nephews as well as many friends and family.

Arrangements are under the care of Orender Family Home for Funerals, Manasquan. Due to our world situation, burial will be private, and a Memorial Mass of Christian Burial will be scheduled at a future date. In lieu of flowers, please consider a donation to the Barbara J. Toscano Memorial Fund, 115 Tuttle Ave., Spring Lake, NJ 07762. To send condolences please visit www.orenderfamilyhome.com.
Read Less

There are no events scheduled. You can still show your support by sending flowers directly to the family, or planting a memorial tree in memory of Samuel Toscano Jr..
Plant a Tree

We encourage you to share your most beloved memories of Samuel here, so that the family and other loved ones can always see it. You can upload cherished photographs, or share your favorite stories, and can even comment on those shared by others.

Posted Apr 04, 2020 at 03:40pm
I was in Cemente Bakery this morning and ran into Dr. Belavia. During our conversation he mentioned that Sam had passed away. The news took my breath away. I know how sick he has been, but hearing the news was devastating.I actually had left a message on his cell phone several days ago to see if he needed anything with all of this craziness with the Corona Virus. Sam Toscano was a good man with a heart of gold. Sam and Bobby loved each other, they're dogs and everyone in they're life. They were truly a great couple and meant the world to each other. It is comforting to know they are together again.
Comment Share
Share via:
KP

Posted Apr 02, 2020 at 04:08pm
Sam, I will miss your kind soul, your smile and your humor. I enjoyed our time together so very much, and I can't believe I won't get to see you again. I will never forget you...
Comment Share
Share via:
MS

Posted Mar 30, 2020 at 04:34pm
So very sad to hear of Sam’s passing last week. It was a great honor for me to have known and worked for Sam. He was greatly admired not only by his family and employees but from his competitors and suppliers within the industry as well. Individuals such as Sam, don’t come our way very often.
Comment Share
Share via:
T

Posted Mar 28, 2020 at 04:54pm
TO Sam Toscano and Family ,
So sorry to hear of your passing.
I knew you'd had issues but to this extent I'm so sadended heartbroken 💔.
You were a very nice man and thank you for guiding me when my mom got pretty sick .
Your were a speciial person, my condolences to the family .
Rest in Peace 🙏
Comment Share
Share via: 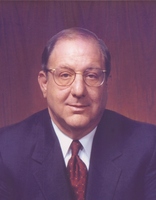