To share your memory on the wall of Ray Golterman, sign in using one of the following options:

Provide comfort for the family of Ray Golterman with a meaningful gesture of sympathy.

Ray is survived by his loving children Jeffry (Linda), of Wilton, CT and Elaine Diahy (Ronald) of Manasquan, NJ, whose loving memories of Ray will stay with them forever. Also surviving Ray are his four grandsons Steven, Paul, and Michael Diahy, and Gregory Golterman, whose special bonds with Ray sprung from shared sacraments, holidays, sports and concerts activities. Ray is also survived by many nieces and nephews who cherished Ray’s involvement in their family gatherings and was a most enjoyable part of his life.

To plant a memorial tree in honor of Ray Golterman, please visit our Heartfelt Sympathies Store.

There are no events scheduled. You can still show your support by sending flowers directly to the family, or planting a memorial tree in memory of Ray Golterman.
Plant a Tree

We encourage you to share your most beloved memories of Ray Golterman here, so that the family and other loved ones can always see it. You can upload cherished photographs, or share your favorite stories, and can even comment on those shared by others.

Mr. Golterman's name will be presented at our next Reunion Memorial Service with a special bell ringing. The reunion is to be held in Warwick, RI, May of 2021. www.navycruisers.org

Posted Mar 28, 2020 at 12:21pm
Such an honorable man for his devotion to his faith and his battle ship. He is well deserving of a Distinguished Service Medal from the Governor of New Jersey for his service to our country in World War II. So proud that he's my friends Dad.

I appreciate the kind note. I understand completely the circumstances of such a closed funeral. Besides being unbelievably sorry for your Dad, I am sorry for you and your family that these difficult times is the complete opposite of an ideal funeral and burial.

Your Dad deserved more, but the grace of God shall keep you close to one another at the funeral home and well beyond. This is when are faith truly kicks in hard. This will be a funeral not to be forgotten by you, your family and even me. I feel closer to your Dad as I write this. After all, its a spiritual ceremony, bittersweet for sure. The physical properties of a church and burial set the proper tone of his presence in proper places of worship, but your hearts substitute these worshiping grounds. The spirit of the Lord and your alliance are what prevails. I pray you and your family have a holy and precious "last physical goodbye" as your "spiritual goodbye" is strengthened and deeply embedded in your hearts.

As I thought about your dad the past couple of days I realized my best memory was his smile, laugh, desire to have fun and be stimulated with his environment. I remember well his great attitude about a ride to places - Brooklyn, St. George pool, a ride up in his elevator (yes he owned that machine), a trip to get heros, Korvettes, Al Deppy's and so on. I remember packing his Saab with Duefold preparing for his sales trip to CT. I remember you showing me Stony Creek where he stayed (of which I am 5 miles from there).

God Bless your Dad and your's and Laney's family.

PS - much regards to your Mom and Laney. I had some nice text words with Laney... 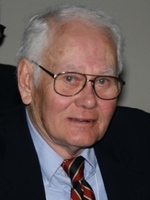