To share your memory on the wall of Giacomo Soranno, sign in using one of the following options:

Jack, 91, born in Brooklyn, NY, lived in Spring Lake Heights, NJ for over 50 years. Jack graduated from East Orange High School, was a parishioner of St. Catharine - St. Margaret Church of Spring Lake, and honorably served his country in the US Army. Jack retired after 50 years in the produce business, working 45 years with the A&P supermarket chain and 5 years with Foodtown. With a desire to stay busy, Jack went back to work at various local Jersey Shore produce markets sharing his wealth of knowledge and expertise for several more years. And later still, during the summer months, Jack could be found working as a beach attendant for the Borough of Spring Lake, a job that he frankly would have done for free.

Jack treasured his time with his family and friends. Whether running the boardwalk, body surfing, or napping on Pier Beach, Jack loved the shore. He enjoyed winemaking with his father-in-law, Guido, and later with his brothers, son Charles, nephews, and friends at the Mayfair Wine Club. With the greenest of thumbs, Jack took pride in sharing his summer bounty of tomatoes, cucumbers, and figs, and he happily provided fig trees saplings and care guidance to many. His other loves included challenging his brothers over heated games of pinochle and rooting with pride for the Brooklyn Dodgers, later the Mets, NY Giants, and Penn State football.

Jack is survived by his loving wife of 60 years, Angela (Ferrarese) and his four children, Maria and her husband Mickey of Freehold, Charles and his wife Carol of Montville, Laura and her partner Christian of Reston, VA, and Christopher and his partner Carolyn of Manasquan, and his four grandchildren, Michael, Matthew, Ashley, and Sofia. Jack is also survived by his brother, Charles, sisters-in-law Joanne, Dolores, and Chrys Ann, brother-in-law, Frank, many nephews, nieces, and their families. Jack was predeceased by his parents, Carlo and Mary, and his brothers, Steven, Nicholas, and Simone.

Jack was laid to rest in a dignified and beautiful manner with arrangements handled by the Orender Family Home for Funerals in Manasquan NJ. There will be a Funeral Memorial Mass and Celebration of Life at a later date.
Read Less

There are no events scheduled. You can still show your support by sending flowers directly to the family, or planting a memorial tree in memory of Giacomo "Jack" Soranno.
Plant a Tree

We encourage you to share your most beloved memories of Giacomo here, so that the family and other loved ones can always see it. You can upload cherished photographs, or share your favorite stories, and can even comment on those shared by others.

Posted Apr 09, 2020 at 11:55am
Charlie Carol and family, Our sincere condolences on your loss. May warm memories bring you peace.

Posted Apr 07, 2020 at 11:46am
Thinking of the Soranno family during this time. Sending you all (especially Chris & Carolyn) a hug xoxo

Posted Apr 04, 2020 at 08:02pm
Jack is now in heaven with my father, his friend. Probably talking about wine and how to best winterize a fig tree. I am now the one who takes care of the fig tree he gave us many years ago. And it’s very special to me. I will always remember jack teaching me how to take care of it on his many visits to our house with a homemade bottle of wine in hand. Love you Jack! Thanks for being a part of my life! Be well Angela, with love, Lisa Schodowski
Comment Share
Share via:
HS

Posted Apr 04, 2020 at 07:47pm
From our family to yours during this very difficult time.. He was my fathers best friend. Our fig tree is huge now. Thanks Jack!! Schodowski Family 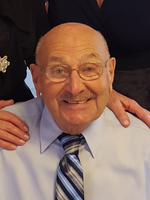 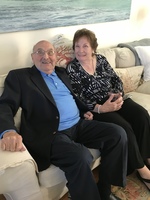