To share your memory on the wall of Frederick Albietz, sign in using one of the following options:

Frederick was predeceased by his parents Frederick J. Albietz and Jean (nee Zyskowski) Albietz and a brother Paul Albietz. He is survived by his loving wife of 52 years Barbara (nee Ornstein) Albietz of Brick; his beloved children Richard Albietz and his wife Donna of Maryland, Dennis Albietz of Brick, NJ and Mary Frye and her husband Steven of Wall. Frederick was the cherished grandfather to Arianna and Danielle. He is also survived by his brother Peter Albietz and his wife Joan of Toms River, NJ , sister-in-law Elaine Albietz, of Lakewood, NJ, brother-in-law Frank Ornstein and sister-in-law Sandy Ornstein of Manahawkin, NJ, sister-in-law Marguerite McMahon, of Brooklyn, NY, and a mother-in-law Barbara Ornstein, of Brooklyn, NY. Frederick will be missed by many nieces, nephews and friends.

To send flowers to the family or plant a tree in memory of Frederick J. Albietz, please visit our Heartfelt Sympathies Store.

Donations are being accepted for: Memorial Sloan Kettering Cancer Center.

We encourage you to share your most beloved memories of Frederick here, so that the family and other loved ones can always see it. You can upload cherished photographs, or share your favorite stories, and can even comment on those shared by others.

Posted Apr 24, 2020 at 06:16am
Rick was our neighbor for almost 40 years.. We could not of asked for a better neighbor. Since they moved to Brick due to his wife not being able to due stairs, Rick could be seen sitting on his steps of his old house waiting for his granddaughters to get off the bus. He would sit outside and watch them ride their bikes and play for hours. He was very devoted to them. RIP Rick, you are at peace now. Diann and Charlie Hoffmann Pascal place.
Comment Share
Share via:
GB

Posted Apr 20, 2020 at 07:25pm
Dear Barbara Ann,
My prayers are with you during this time. Though you will miss his presence, he will still be with you in many ways. Ricky was a wonderful husband, father, and grandfather. He was an honorable man who helped make the world a better place. He will be missed.
Gloria
Comment Share
Share via:

Posted Apr 20, 2020 at 02:13pm
Uncle Ricky,
I will always remember your love of chocolate , the love of the COWBOYS, the First Aid station and many more memories. Your smile and laugh could fill a room. Thank you for being present at special events of my life and the boys. Chase and Ryan said they will always remember getting special cards from you for holidays or their birthday. They loved getting mail from you. I am sure you are reunited with loved ones and have a endless supply of Hershey kisses and chocolate cake.
Aunt Barb and family... We send our sympathy. Lots of prayers, peace, and love. Remember the good times to get you through this difficult time. Love, Lauren Jean and Family XOXOX
Comment Share
Share via:
B

Posted Apr 19, 2020 at 09:30pm
I'll cherish the memories and friendship we've shared but most of all being a part of my family. You will truly be missed.

Posted Apr 19, 2020 at 11:09am
Barbara and Family, Please accept our deepest sympathy over the loss of one of the finest people we knew . We will always remember your visits to Pa and the laughter we shared. We're heart sick over not being with you at a time when you need it most, but always know that our thoughts and prayers are with you and yours Love Always from Pa Phil and Donna VanSickle
Comment Share
Share via: 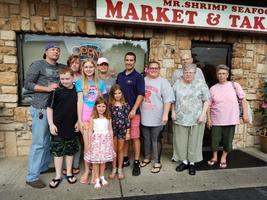 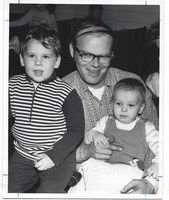 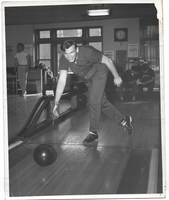