To share your memory on the wall of Lester Jackson, sign in using one of the following options:

Print
***To view webcast please click on "Photos & Videos" (Above) and scroll down and click on Webcast.***

“Don’t Grieve for me, for now I’m free.
I’m following the path God laid for me.
I took his hand when I heard him call.
I turned my back and left it all”

The Life, Work, and Worth of Lester Jackson

On the 6th of January, 1932, a robust baby boy was born to his parents, Tetford and Viola Jackson in the cool hills of Sherbourne in the parish of Portland, Jamaica, West Indies. He was the third of eight children born to them, the others being: Alva, Icilda, Enol, Dougal, Linel, Wilmer, and Derrick. Lester grew up in that district a normal, healthy boy displaying all the tricks and pranks associated with the average male child. He had a passion for the rivers, climbing the highest trees to pick coconuts, mangoes, breadfruit, ackee and whatever trees were in the district. He enjoyed riding the mules and donkeys full speed, playing marbles and the gig. He attended the Mount Hermon All-age School and was a member of the Pentecostal City Mission Church in the district where his talent as guitarist was well utilized. Lester was a hard worker from his childhood. He would go to the farm with his dad and other siblings, milking the cows, loading the mules and donkeys to take the produce to the point where the trucks could collect them to take to the markets. He was also an expert wood cutter and a swimmer.

Wilmer, the only survivor of the eight siblings, recalls an unforgettable experience with Lester. It was in the year 1951 when he was 11 years old and Lester was 19. Along with their father they went to the farm fifteen miles from home across a tributary of one Jamaica’s largest rivers, the Rio Grande where they usually stayed for a few days returning home on the weekend. Unfortunately, there was an unusual rainfall for the week during which they were informed to prepare for a hurricane. This was the devastating hurricane called Charley in 1951. They were marooned for days, and could not cross over to the other side of the river because of the raging torrent. One-day their father and Lester decided that they would be going home. Their father, a good swimmer managed to swim over to the other side leaving Lester and Wilmer stranded on the other side. Then Lester turned to Wilmer and said, “Wilmer, I am carrying you over on my shoulder, only hold my head.” With that said he looked for the widest and shallowest part of the river, then he got Wilmer on his shoulders and started across the river. At certain points the current had him swaying in the river and he would shout “HOLD MY HEAD”. But the end of the story is they got over to the other side to much shouts and applause from their nervous family and friends. Such was the courage of his brother Lester and this was one of the chief characteristics of his life; courage to face difficult situations.

Lester fathered two children in a relationship with Ms. Ruth Brown, Dailia and Paula and has often spoken of his step-daughter, Petal. In the year 1959, Lester migrated to England where he met a nurse, Louise Douglas and this blossomed into marriage in 1966. The union produced one child, Audrey Nadine.
While in England he was a member of the Pentecostal City Mission Church where he was the driver of the church bus. Lester and his family left England for the United States of America in 1972, stayed in Los Angeles, California for a while and then moved to the State of New Jersey where he has lived for the remainder of his life.

Lester was a conscientious worker. He believed in the principle of a good day’s work for a good day’s pay. He worked at the Jersey Medical Center as an orderly for fifteen years and at the Monmouth Medical Center for another fifteen years from which he retired. A visit to Lester’s home revealed that he was a good chef, one who could satisfy your hunger in just a few minutes. Unfortunately, he has had a long bout with illness, diabetes and hypertension resulting in him being placed in a nursing home for a number of years where he was visited by his children, relatives and friends. Much credit must be given to Paula for the role she has played in all of this and also thanks to Pastor Neville Largie for ministering to his spiritual needs.

Lester leaves to cherish his memories : brother Wilmer, wife Louise,Mama Ruth, children: Petal, Dailia, Paula, Nadine, Stacey, grandchildren: Jermaine, Christopher, Fernando, Terence, Damian, Cory, Dylan, Nadine, Arlene, Kelsy and Kenady, twenty-three great-grandchildren, nieces, nephews, and a host of other relatives and friends. Wilmer his brother is grateful that he was able to visit at least once per year and laugh and talk about things that happened while they were growing up. Little did he know that he would not have been able to attend Lester’s funeral because of this deadly Corona Virus which is causing havoc across the world.
And now since it has pleased the Lord to relieve Lester permanently from his pain and discomfort we say:

“Sleep on beloved, sleep and take your rest. Lay down your head upon the Savior's breast.
We love you well but Jesus loves you best.
Good night.”

Arrangements are under the care of Orender Family Home for Funerals, Manasuan, NJ. Services are private. Interment will be at Monmouth Memorial Park, Tinton Falls, NJ. To send condolences to family please visit www.orenderfamilyhome.net. ***To view webcast please visit Lester's web page and click on "Photos & Videos" and scroll down and click on Webcast.***
Read Less

There are no events scheduled. You can still show your support by sending flowers directly to the family, or planting a memorial tree in memory of Lester C. Jackson.
Plant a Tree

We encourage you to share your most beloved memories of Lester here, so that the family and other loved ones can always see it. You can upload cherished photographs, or share your favorite stories, and can even comment on those shared by others.

How, I wish we could hear your laughter and see your lovely smile. The thoughts of you telling another story of your youth….The stories of you, and your Brothers, growing up in Jamaica.

As you look over us from the heavens, we will continue to share your love. Even though you are gone, your memories will stay alive. We love you dearly Uncle Lester.

Until we meet again, in that place, that undiscovered country, not made with hand, forever eternal in the heavens. Rest in Everlasting Peace Uncle.

Posted Jun 05, 2020 at 09:13am
Your smile and humour was infectious and you had a kind gentle soul. Always in our heats Sandria and kids
Comment Share
Share via:
N

Our prayers are with you during this difficult time. Our heartfelt condolences on the passing of your father. Mr. Jackson was a great man. Always smiling. He will be greatly missed and always remembered. May his soul rest in peace. From The Clemming family. 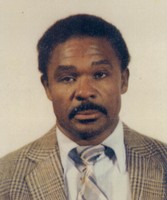 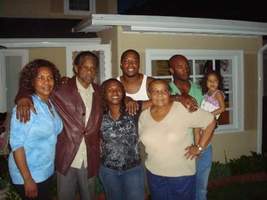 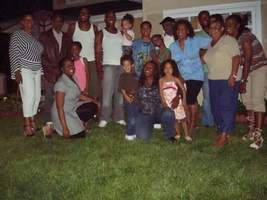 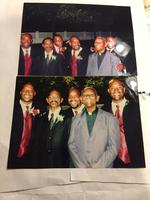