To share your memory on the wall of Andrew Oiestad, sign in using one of the following options:

Andrew was the son of Norwegian immigrants, the late Anders Oiestad of Bergen, Norway, and the late Gurid (Fenne) Oiestad of Voss, Norway. He was very proud of his Norwegian heritage, and enjoyed keeping in touch with his family in Norway. Andy was predeceased by his beloved wife of 21 years Maureen (Hunt) Oiestad in 1996, as well as his brothers Howard, Kenneth, and grandson Dakota. He leaves behind three loving daughters: Joanne Oiestad of Pompano Beach, Florida, Susan Oiestad of Fairhaven, Massachusetts, Lois Cannon of Spring Lake, NJ, and two loving step daughters: Kathryn Stripto of Pawleys Island, South Carolina, and Jacqueline Hunt of Highland Lakes, NJ. He was a cherished grandfather to Starr, Dakota, Luke, Mike, Brian, William, Erik, Caitlin, Cassey, and Samantha, and great grand-poppy to Finley. He also leaves behind his adored goddaughter Christine Donovan of Northville, NY, and many nieces and nephews.

Andy will always be remembered for his brilliant mind, kind and gentle nature, generosity, sense of humor, and love of boating and fishing off the shores of New York and New Jersey. His favorite times boating were spent with his late friend Henry (Hank) Sperry, and they enjoyed throwing dock parties for their friends on Staten Island. In later years Hank’s wife Barbara, the former Ms. New York State 1963, introduced him to the Northville Rotary, and in 2019 was made an honorary Rotary member for his active participation and generous contributions to the club over the years. He also had a love of the theatre (musicals) and horse races at Saratoga, and crazy hat parties on New Year’s Eve! He loved to cook, and would delight his guests with some of his favorite Scandinavian fare, including Norwegian pancakes and delicious quiche. Friends and family will always laugh and remember him when they hear “Jesus Christ, Superstar” as Andy used it as an alarm to jar everyone out of peaceful slumber the morning after a late night of partying! Andy also hilariously fabricated the story of “an ancient Scandinavian toast” “Garajkee”, so thousands of people over many years were actually saluting their garage keys! Raise a glass and honor Andy's life at your next event with the toast “Garajkee.”

All arrangements were private and handled by Orender Family Home for Funerals, Manasquan, NJ.
Memorial donations may be made in his memory to The Northville Rotary Club, PO Box 812, Northville, NY, 12134. In the memo please note “Andy Challenge”. To leave condolences to the family or post pictures of Andy, please visit www.orenderfamilyhome.net.
Read Less

To plant a memorial tree in honor of Andrew Oiestad, please visit our Heartfelt Sympathies Store.

There are no events scheduled. You can still show your support by sending flowers directly to the family, or planting a memorial tree in memory of Andrew Oiestad.
Plant a Tree

We encourage you to share your most beloved memories of Andrew here, so that the family and other loved ones can always see it. You can upload cherished photographs, or share your favorite stories, and can even comment on those shared by others.

Posted Sep 12, 2020 at 10:48am
Please accept our most heartfelt sympathies for your loss... Our thoughts are with you and your family during this difficult time.

He came to visit Lois at SUNY Brockport in (probably) 1977, our senior year of college, and he gave the Scandinavian toast and had us all shouting “Garrajkee.” He had us all laughing and treated us to a very entertaining evening. My condolences to your loss. 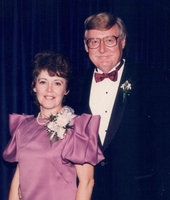 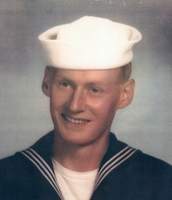 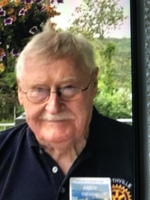