To share your memory on the wall of Maureen Leonhardt, sign in using one of the following options:

MAUREEN A. (née Reilly) LEONHARDT, 89, of Brielle, and Boynton Beach, Florida, passed away peacefully on Sunday at home. She was born in Jersey City and raised in North Arlington, the daughter of Charlie and Maurie Reilly. She graduated from Queen of Peace Grammar School, North Arlington, in 1945 and Queen of Peace High School in 1949. She attended Chestnut Hill College in Philadelphia and received an AB in Psychology in 1953. In 1956, she married Frank A. Leonhardt, of Clifton, and together they raised five children at homes in North Arlington, Sea Girt, and Brielle. She truly was an amazing daughter, sister, niece, mother, grandmother, aunt, and friend.

After college Maureen was a Human Resources Manager at P. Ballantine & Sons, Newark. Later she attended Georgian Court University, Lakewood, to obtain certification in elementary education. Maureen taught English and Social Studies at Holy Innocents Elementary School, Neptune, and St. Rose Grammar School, Belmar, for over 25 years, retiring in 2001. She was named an Outstanding Catholic Educator and honored by the Diocese of Trenton in 1999. Maureen was a successful licensed NJ Realtor for her clients at Crossroads Realty and Gloria Nilson Realty for over 20 years.

Maureen was a devout Roman Catholic with strong faith and attended Mass daily in person or online. She was a voracious reader, a great cook, scrabble/words with friends player, swimmer, golfer, bocce player, and putting champion. She was an active member of the Sterling Village Putting Club. Always a fierce competitor, she was determined, resilient, and persistent. She had an inner strength and a loving and kind personality. She was the ultimate beach lover spending every summer of her life at the Jersey Shore and many winters vacationing in Florida. Maureen was an avid world traveler. She served as the Secretary of the Chestnut Hill Class of ‘53 for many years. She was an enthusiastic supporter of the New York Giants, the New York Mets, and all of her children and grandchildren's sports teams.

She was predeceased by her devoted and loving husband of 45 years Frank in 2002, her dear brother Richard Reilly in 2014, and her brother-in-law Tom Leonhardt in 2016. Surviving are her adoring children Charlie of Arlington, Virginia; Jamie and daughter-in-law Janine of Brielle; Frank of Brielle; Christine Leonhardt-Kimm and son-in-law Terence Kimm of Vienna, Virginia; Mary Allegretta and son-in-law Nicholas Allegretta of Point Pleasant Beach; her loving sister Alice Paduch and her husband Richard of Warren, Rhode Island; sister-in-law Marion Reilly of Brielle, sister-in-law Beverly Leonhardt of Boynton Beach, Florida; seven grandchildren, the light of her life, Elizabeth and her husband, Alex Wilk; Gregory Leonhardt and his wife, Jenny; Lauren and Christine Leonhardt, and Nicholas, Michael, and Andrew Allegretta; many nieces and nephews and their families; and dear friends in New Jersey, Florida, and throughout the US. She has been reunited with her close friends Joan and Tom McEnaney and many others in heaven.

Visitation will be on Wednesday, September 16, from to 6 p.m. to 8 p.m. at Orender Family Home for Funerals, 2643 Old Bridge Road, Manasquan. A Mass of Christian Burial will be offered at 11 a.m. Thursday, September 17, at The Church of St. Martha in Point Pleasant. She will be laid to rest in St. Catharine Cemetery. A Celebration of Maureen’s wonderful life will be held next year. In lieu of flowers, the family requests that donations be made in Maureen’s memory to the Leukemia and Lymphoma Society https://www.lls.org/ or Chestnut Hill College https://www.chc.edu/. To send condolences to the family please visit www.orenderfamilyhome.com.
Read Less

To send flowers to the family or plant a tree in memory of Maureen Leonhardt (Reilly), please visit our Heartfelt Sympathies Store.

We encourage you to share your most beloved memories of Maureen here, so that the family and other loved ones can always see it. You can upload cherished photographs, or share your favorite stories, and can even comment on those shared by others.

Herick Pena, Anne Marie Alexander, and other have sent flowers to the family of Maureen Leonhardt (Reilly).
Show you care by sending flowers

Posted Sep 16, 2020 at 10:10pm
My condolences to all Leonhardt family members. She will be missed. RIP Mrs Leonhardt Maureen.

Posted Sep 16, 2020 at 09:36pm
My thoughts and prayers are with the entire family. I am honored to have known your wonderful mother!

Posted Sep 16, 2020 at 01:08pm
Dear Christine & Terry & Family, With our deepest sympathy and love in remembrance of your Mom. May your hearts find peace and comfort.

Posted Sep 16, 2020 at 08:16am
I loved that when we met, it was like when had known each other forever. I felt immediately loved. I loved getting cards from her...that beautiful handwriting flowed like art across the page. She was an complete inspiration and she left just the way I would like to go...stepping out of a dream and into eternity. I imagine the welcome she got and that she is already exploring. Bet she will know the best beaches when she gets there. And she will send postcards, just you wait. Love you, Charlie Leonhardt. You can tell the kind of woman she was just by looking at her incredible son. 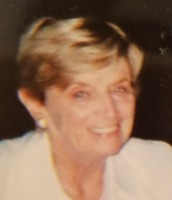 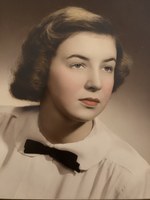 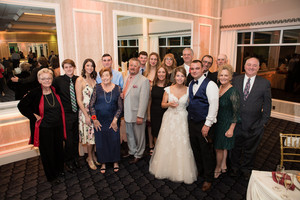 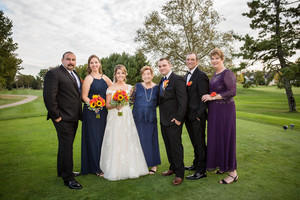