To share your memory on the wall of John Barnes, sign in using one of the following options:

Prior to law school, Pat began his career in Washington, DC as a Legislative Assistant to Congressman Edwin Forsythe. Following law school, Pat clerked for the Honorable Robert Longi before embarking on his career with the Middlesex County Prosecutor’s Office. Pat also worked for the Hoagland, Longo Law Firm and was a Municipal Prosecutor for the City of New Brunswick.

In 2003, Pat was appointed Chief Prosecutor of Hunterdon County, NJ where he worked on a number of notable cases. Pat later returned to the Middlesex County Prosecutor’s office, a place he considered his second home, where he remained until his retirement.

Pat also served as an Investigator for the Middlesex County District Ethics Committee, and in his retirement, provided pro-bono legal services for the New Jersey Reentry Corporation, an organization that works to successfully transition former inmates.

Pat is remembered for his uncompromising integrity, generous spirit, and inimitable Irish wit. An avid sports enthusiast, Pat maintained a lifelong devotion to the Boston Red Sox and the New Jersey Devils. Without question, Pat was a passionate reader of all literature, challenging himself and his family to think critically, morally, and spiritually. His three sons were the essence of his life.

Pat was predeceased by his wife, Dr. Virginia (née Monsul), his father, Peter J. Barnes, Jr, and his brother-in-law, Rick Stewart. Pat is survived by his sons, John Patrick, II, Michael, and James; his mother, Barbara Barnes of Edison; his fiancé Lori Berger of Basking Ridge, NJ; his brother Peter and wife, Katie of Edison; his sister Sheila Clemente and husband, Paolo of New Canaan, CT; his sister Kelly Stewart of Darien, CT; as well as seven nieces and nephews.

A funeral mass will be held Saturday, October 3, 2020 at 9:30 AM at Saint Mark’s Catholic Church, 215 Crescent Parkway, Sea Girt, NJ 08750. A reception will follow. Please note, flowers are not permitted during this time. In lieu of flowers, memorial contributions can be made to the Central Jersey Spinal Cord Association, PO Box 74, New Brunswick, NJ 08903 or to Gettysburg College in Memory of Pat Barnes, 300 N Washington St, Gettysburg, PA 17325. Arrangements are under the care of Orender Family Home for Funerals, Manasquan, NJ. To send condolences to the family please visit www.orenderfamilyhome.net.
Read Less

Posted Nov 01, 2020 at 07:09am
I was a classmate of Pat's in Gettysburg College, and although our paths did not intersect much after the college years, I will always remember him as one of the most friendly, down-to-earth and kind individuals that I know. It was a privilege to know him, and his legal skills were exceeded only by how special of a person he was. He will be missed.
Comment Share
Share via:
TK

Posted Oct 05, 2020 at 10:14pm
Our deepest sympathies to you all. Your Dad and Pat laid down the strongest roots anyone could ever hope for, and the tree will continue forever!

Posted Oct 04, 2020 at 09:29am
Pat was a great professional. Fair as a Prosecutor, pleasant as a person and helpful at the courthouse. Looking at old scrapbook clippings, Pat was a track star at JP Stevens and helped JP avoid a defeat to St. Thomas Aquinas in high school track, passing me in the last ½ mile. Condolences to the entire Barnes family. -Ken Vercammen
Comment Share
Share via:
JS

Please accept my sincerest condolences in the loss of your loved one, Pat. I have always had the most admiration for Pat's drive and ambition to do the right things. I see he achieved many great things with his short life. I share your sorrow and will cherish my fond memories, as I am sure you all will also. Know Pat will be missed by many, including me. Special thoughts to Pete and Kelly - my heart is with you, today and always and to Pat's three sons - you can be proud of your father and his love for you!

Posted Oct 02, 2020 at 08:02pm
I'm so very sorry to hear of Patrick's passing. I worked for the Mid. Co. Pros. Office as a clerical during Pat's first stint there. Always kind,helpful and fun to work with. My prayers are with all of you.
Comment Share
Share via: 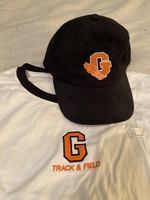 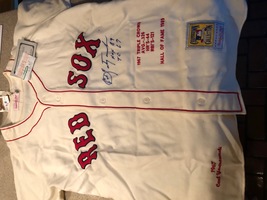