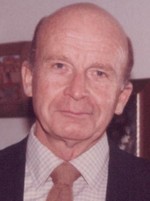 Recently the Jersey Shore lost a beloved citizen and friend, Robert A. Summers. At 97 years of age Bob passed peacefully early Saturday morning. He is survived by his beloved wife of over seventy-one years, Norma E. Summers; Robert H. (Bobby) Summers and wife Patty of Brielle, NJ; Anne Summers Schwarz and husband K.C. of Denver, Colorado; Raymond S. Summers and wife Anne of Manasquan, New Jersey; Mary Summers Thomas and husband Bob of Alexandria, Virginia; along with grandchildren and great grandchildren. Bob was preceded in death by his father, Harry; mother, Helen; and his beloved son, Tom. Bob grew up in Avon-by-the-Sea, New Jersey and attended Asbury Park High School. Following high school Bob graduated from Virginia Polytechnic Institute in Blacksburg, Virginia with a degree in Civil Engineering. His time at VPI was interrupted by a two-year stint in the U.S. Navy where he served aboard ship during World War II. Bob was a patriot who was very proud of his service, like so many of the Greatest Generation.

In August 1949 Bob married the love of his life, Norma E. Noddin of Millinocket, Maine. Bob and Norma made Brielle, New Jersey their home for much of their lives together, before retiring to Brick, New Jersey in 2002. Bob was a skilled builder, contractor, and surveyor. Bob’s handiwork of homes and home additions are on display in many of the local Jersey Shore communities.

Bob was a dedicated member of his community, being especially proud of his many years as a volunteer fireman in Brielle. He trained, fought fires, and thoroughly enjoyed the camaraderie of service with his fellow firemen.

During retirement Bob was an involved member of the Greenbriar community where he lived. He and Norma loved playing golf and spending time with friends in the community. He volunteered to deliver the neighborhood newspaper, affording him an opportunity to enjoy his neighbors on many sunny New Jersey days!

Memories would not be complete without noting his deep commitment and support to his loving wife Norma of over seventy-one years. They were an inseparable and loving couple who exhibited affection, dedication, and joy! Their example of marriage is an inspiration to all of us.

Those wishing to make donations to celebrate Bob’s life are encouraged to donate to the Brielle Fire Company at PO Box 83 Brielle, NJ 08730. Arrangements are under the care of Orender Family Home for Funerals, Manasquan, NJ. To send condolences to the family please visit www.orenderfamilyhome.com.