To share your memory on the wall of William Goss, sign in using one of the following options:

William M. Goss, 78 of Belmar passed away peacefully at Jersey Shore University Medical Center, Neptune. Bill was born and raised in Newark and moved along with his family to Belmar during his high school years. He graduated with the class of 1960 from Manasquan High School. After high school Bill enlisted in the United States Coast Guard. There he served from 1961 until 1965. Bill married the love of his life in 1962, Nancy nee Marsango. After his military service Bill was employed by the Belmar Board of Education for 33 years. He finished his career as head custodian at Belmar Elementary School. Bill was a lifelong member of the Belmar First Aid Squad and at one time held the rank of Captain. He was also a Special Police Officer in Belmar during the summer months for several years. Bill was an avid hunter and fisherman. He enjoyed sharing his love of the outdoors with his children and grandchildren.

Bill is survived by his devoted wife of 58 years, Nancy Goss of Belmar; his three loving children Randolph Goss and his wife Christine of Clemens, SC, Angela Galatioto and her husband Anthony of Haskell, NJ and Holly Eckert and her husband Joel of Louisville, KY. Bill was the cherished grandfather of David (Michaela) Wriggins, Nicolina Wriggins, Nicholas Galatioto, Kevin Goss, Kyle Goss, and Jason Goss.

To send flowers to the family or plant a tree in memory of William M Goss, please visit our Heartfelt Sympathies Store.

Posted Dec 02, 2020 at 10:12pm
Nancy, Angela, Holly and Randy,
Love you all and wanted to share my most treasured memory of Bill. It was from when he worked at BES. and Sarah was in Kindergarten there. She was having a tough time adjusting to school and finding her way.
There were two things that kept her grounded.
Her daily hug from Bill in the morning when she got to school, and her almost daily visit to Mary Pat’s (the nurse) office for a “time out”. When Dr. Richens alerted me at a Board of Ed meeting that it might not be such a good idea for her to hug Bill every morning, I can remember telling him that if there were more staff who were willing to give a hug to a child in need, we wouldn’t have as many troubled children. Thank you Bill for your simple act of kindness and care of our Sarah. It meant so much to her and us.
Comment Share
Share via:

Posted Dec 02, 2020 at 12:27pm
Dear Pastor Nancy and family,
So sorry to hear of Bill's passing. Such a sweet, kind person and will always remember his winning smile. Keeping you all in my prayers and sending you love and many hugs.
Sincerely,
Roberta Thompson
Comment Share
Share via:
BW

Posted Dec 01, 2020 at 04:24pm
Pastor Nancy and family, you are in our prayers. My mother and I were unable to attend the service in person today due to my medical issues, but we did watch it online.
Comment Share
Share via:
RT

Posted Dec 01, 2020 at 01:57pm
I was fortunate to have worked with Bill at BES. I will always remember his kindness to the students and his helpfulness to the staff. He was always someone I could depend on whenever needed. I thoroughly enjoyed working with him. 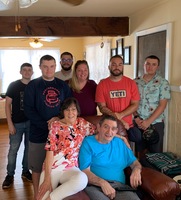 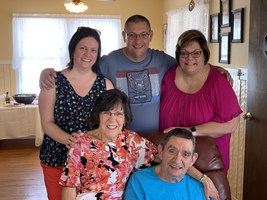