To share your memory on the wall of Robert Leete, sign in using one of the following options:

Arrangements are under the care of Orender Family Home for Funerals 2643 Old Bridge Road Manasquan, NJ. Funeral service was private and entombment will be in St Catharine’s Mausoleum, Sea Girt. Memorial donations may be made to POAC Autisms Services 1999 RT 88 Brick, NJ 08724-1098. There will be a “Celebration of Life” service in mid to late August 2021 at Silton Swim School. Please check funeral home website for exact date later in 2021. To send condolences to the family please visit www.orenderfamilyhome.com.
Read Less

To send flowers to the family or plant a tree in memory of Robert A. Leete Jr., please visit our Heartfelt Sympathies Store.

We encourage you to share your most beloved memories of Robert here, so that the family and other loved ones can always see it. You can upload cherished photographs, or share your favorite stories, and can even comment on those shared by others.

Posted Dec 19, 2020 at 06:53pm
Fred LaVance
September,1959 Wall Jr/Sr High School opens.I'm a 7th grader & meet Mr Bob Leete. For the next 6 years every sport I participate in
there was Mr Leete with his clip board and whistle.Soccer ,Football,Wrestling& Baseball.Mr leete inspired literally thousands of Wall
youngsters to succeed in athletics,academics& life.He stayed at Wall long enough for our sons to be influenced by him.Also our granddaughters learned to swim at Silton.

Posted Dec 17, 2020 at 06:10pm
So sad to hear of Mr. Leete’s passing. My children are all wonderful swimmers and all credit goes to Mr. Leete and his Stilton Swim School!
Comment Share
Share via:
JF

Posted Dec 16, 2020 at 10:14am
The first time I met Bob and Nancy was when I was asked by Tom Farley and Bob Sutton to address a group of soccer players at a camp called Silton Soccer Camp. I had just arrived in New Jersey in 1977. Little did I know that our relationship would become so strong and real. I love “Do’ers” and Bob was always the one to figure anything out in a split second. The man just had an incredible knack for making quick, sound decisions. Just before I retired last year from New Jersey Gravel and Sand Co. out of the blue Bob walked in. We had such a nice conversation and I told him how much I appreciated his friendship. We have very recently moved to North Carolina, and as I type this I just can’t get Bob’s piercing eyes, one of a kind smile, and a firm handshake out of my mind. God bless you Nancy. I will never forget your husband, my friend! I
Comment Share
Share via:
C

Posted Dec 14, 2020 at 08:11pm
Dear Nancy and family,
So very sorry to hear of Bob’s passing. May you find comfort in the many adventures you created and shared together. He always had a story to share!
Sincerely,
Carol & Don Imbriaco
Comment Share
Share via: 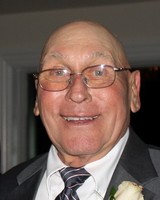