To share your memory on the wall of Lee Rochelle, sign in using one of the following options:

If you knew Lee Rochelle, you knew he was the most loyal, loving, and generous family man and “Coach” in the world. We are heartbroken to announce his passing.... Read More
H. Lee Rochelle, Jr.
Born April 6, 1947
Died January 29, 2021

If you knew Lee Rochelle, you knew he was the most loyal, loving, and generous family man and “Coach” in the world. We are heartbroken to announce his passing. He was a tough guy for a lot of years, but two daughters and grandbabies later and he became the biggest teddy bear. Unbeknownst to most, he was an avid poet and he had lovingly penned a special poem for every grandchild. A natural athlete, he loved sharing tales from his time on the Neptune and Glassboro fields. He was always at the gym by 5am - which was just a warm-up to his 5 mile walk. Later in life, he took up swing dancing with his love, Diana. He said it was the hardest sport he ever learned. He claimed she always had to stay by his side because all the other ladies thought he was so handsome.

He was one of the most intelligent, well-read, and well-traveled people you have ever met. He loved creating photo books of his travels - most recently Alaska and Egypt. He also was a meticulous record keeper of everything from a list of every job he’s ever had (the worst was an asphalt worker) to every ingredient he put in his daily smoothie (no vegetables were found on the list). He was never late to anything - in fact, you could expect him to be an hour early. He often reminded his kids that by 9am, “the day is halfway over.” When his friends heard the news of his passing, they all said, “but he just called me this week.” He was always calling to check in (and he seemed to be friends with a lot of Bills). He also spent time on puzzles, genealogy, and happily receiving homemade soup or cookies from his girls.

He was predeceased by his parents, Harry and Alice, and his younger brother, Louie. He’s survived by the mother of his children, Madeline, his daughters, Stephanie (David) and Christine (Patrick), his son Sean, his beloved grandkids, his girlfriend Diana, his brothers Billy (Joyce), Mickey (Elaine), and many nieces and nephews.

Due to these unprecedented times, a memorial service will be held later this year. In lieu of flowers, you can make a donation to the American Heart Association or, which would have made a proud Pop Pop smile, you can donate to his granddaughter’s Girl Scouts troop (to support Jersey Shore Cares). He was her #1 cookie customer.
We are proud to have had him in our lives and will never forget him. Goodnight, sweetheart, goodnight.
Read Less

To plant a memorial tree in honor of Lee Rochelle, please visit our Heartfelt Sympathies Store.

There are no events scheduled. You can still show your support by sending flowers directly to the family, or planting a memorial tree in memory of Lee Rochelle.
Plant a Tree

We encourage you to share your most beloved memories of Lee Rochelle here, so that the family and other loved ones can always see it. You can upload cherished photographs, or share your favorite stories, and can even comment on those shared by others.

Posted Feb 08, 2021 at 03:48pm
With Lee's love of travel and the world, I'm sure he would approve of the nurturing act of planting trees!

3 trees were planted in the memory of Lee Rochelle

Posted Jan 31, 2021 at 02:21pm
Although we had lost touch, I'll always remember Lee as a good friend and a good man. Please accept our warmest condolences.

3 trees were planted in the memory of Lee Rochelle

Posted Feb 02, 2021 at 11:26am
We were so deeply saddened to hear of the loss of Lee. Gone way too soon, he has left a lasting memory to all those he loved. God bless you all.

Posted Feb 01, 2021 at 11:01am
Lee was a really wonderful man. I enjoyed getting to know him as he became part of the family when Christine married my nephew Patrick. He always had a smile on his face and he made you feel so comfortable in his presence. It was easy to see how proud he was and how much he loved his friends and family. His grandchildren were his world! I enjoyed hearing stories he shared of traveling and dancing with Diana! He lived his life to the fullest. The loss of Lee is devastating and my heart breaks for his friends and family. Remember Lee and live your life to honor him. With heartfelt sympathy. Lauren Sherman
Comment Share
Share via: 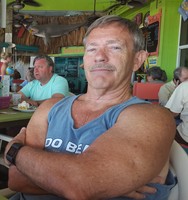