To share your memory on the wall of Michael Dwyer, sign in using one of the following options:

Michael was predeceased by his parents Vincent and Rita Dwyer. He is survived by his devoted wife of 56 years Joan Dwyer of Manasquan; his loving children Debbie Mullen and her husband John of Wall, NJ and Michael Dwyer and his wife Laura of Chatham, NJ. Michael was the cherished grandfather of Michael, Matthew, Delia and Shane. He is also survived by his beloved sister Peggy Dwyer of Lakewood.

Family and friends are invited to attend a Mass of Christian Burial 10:30 am on Tuesday, March 9, 2021 at St Catharine’s Church, Spring Lake, NJ. Interment will be at a later date in Brig Gen William C Doyle Veterans Memorial Cemetery, Wrightstown, NJ. To send condolences to the family please visit www.orenderfamilyhome.net.
Read Less

To send flowers to the family or plant a tree in memory of Michael F. Dwyer, please visit our Heartfelt Sympathies Store.

We encourage you to share your most beloved memories of Michael here, so that the family and other loved ones can always see it. You can upload cherished photographs, or share your favorite stories, and can even comment on those shared by others.

Posted Mar 09, 2021 at 07:05am
So sorry for your loss of Mike, a sweet natured, fun loving gentleman.
Take courage as you share happy memories.
Susan Wright and Bob's spirit
Comment Share
Share via:
HS

Posted Mar 08, 2021 at 01:51pm
With deepest sympathy. From: Kenneth Pasterank, Adam Altman, Mike Goldstein and all the members of the The KABR Group, Family.

Flowers were purchased for the family of Michael Dwyer. Send Flowers

Posted Mar 08, 2021 at 09:57am
Please accept our most heartfelt sympathies for your loss... Our thoughts are with you and your family during this difficult time.

Flowers were purchased for the family of Michael Dwyer. Send Flowers

Posted Mar 07, 2021 at 06:13pm
My heartfelt condolences to the Dwyer family. I have some great memories of playing golf with Mr. Dwyer and Mike. 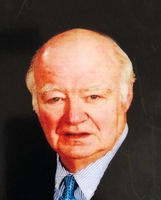 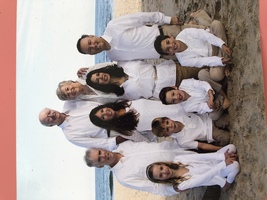