To share your memory on the wall of Peter Flihan, sign in using one of the following options:

After college, he enlisted in the Army in response to a recruiting need for Military Police. However, that need decreased, resulting in his transfer to the 77th Infantry Reserves in New York for the remainder of his commitment. During his service in the Reserves, he started a job as a Buyer at B.Altman & Co., where he met his first wife, Priscilla Pfurr. They had two sons, Peter Anton Flihan, III (of Westchester County, NY) and Andrew Royce Flihan (of Ocean County, NJ) before moving to Wintersville, Ohio and subsequently divorcing in 1972.

Mr. Flihan went on to work as a Buyer for Child World in Massachusetts in the early 70s. While there, he met Linda Hejduk Fortin, an accomplished artist, and the two started a romance that would lead to a marriage they would enjoy until his passing.

Mr. Flihan, moved to a job in New York City with a stuffed toy manufacturer, Commonwealth Toy. Seeing a niche in that market, he and Ms. Hejduk started their own stuffed toy manufacturer, Westcliff Limited. His son Peter joined them soon after, where they enjoyed more than a dozen years in business, travelling extensively to South Korea, Hong Kong, Indonesia and China, as well as to trade shows around the USA.

As they approached retirement, Mr. Flihan and Ms. Hejduk moved from Westchester County, NY to Mantoloking, NJ in 2003. They enjoyed extensive travel throughout the world. Mr. Flihan enjoyed his membership and activity in the Mantoloking Men’s Club, and his patronage of the Ocean County Medical Center, and as an honored member of the board at Algonquin Arts Theatre. But one of his favorite jobs was “helping” Santa make his rounds every year on the Mantoloking and Bay Head Fire Department Engines. He was a lifelong New York Yankees and Pittsburgh Steelers fan.

Besides his wife and children, Mr. Flihan leaves behind 2 grandchildren from his son Peter; Emma Victoria (of NY, NY) and Joseph Peter (of Westchester County, NY), and a niece, Ainsley Tufts Johnson, and nephew, Brandon Adam Tufts, both of Florida.

Arrangements are under the care of Orender Family Home for Funerals, Manasquan. A memorial service is to be planned for later in the Spring. In lieu of flowers, donations may be made in his name to Algonquin Arts Theatre, Fordham University, Ocean County Medical Center, or the Mantoloking PBA. To leave condolences to the family please visit www.orenderfamilyhome.net.
Read Less

There are no events scheduled. You can still show your support by sending flowers directly to the family, or planting a memorial tree in memory of Peter Anton Flihan Jr..
Plant a Tree

We encourage you to share your most beloved memories of Peter here, so that the family and other loved ones can always see it. You can upload cherished photographs, or share your favorite stories, and can even comment on those shared by others.

Plant a Tree in Memory of Peter
Plant a tree
12 trees have been planted in memory of Peter Anton Flihan Jr.
MB

10 trees were planted in the memory of Peter Flihan

Posted Apr 05, 2021 at 11:03am
My husband and I were saddened to hear the news of Peter's death. For many years we enjoyed his wonderful company . He had a very enjoyable sense of humor, and we shared many laughs when we lived in Westchester County and down at his and Linda's home in Mantoloking at the Jersey Shore during our annual visit there. And we always celebrated the November birthdays of Peter, my husband , and another friend together in our homes in Westchester. When our first grandchild was born , we retired to be near him and my daughter
in Doylestown, Pennsylvania where Peter and Linda visited us.
We always exchanged birthday calls even though as we aged we did not see Peter and Linda.

Posted Mar 26, 2021 at 08:18pm
I am truly heartbroken to hear of Peter’s passing. He was thoughtful and caring; a kind man. Linda, I’ve thought of both of you often. Tom and I send our heartfelt condolences to you and your family. . We will miss you dear friend.
With our love and deepest sympathy,
Angela and Tom Soban

Posted Mar 22, 2021 at 07:31am
We are so sorry to hear about the loss of Peter. He will be dearly missed by all of us in Mantoloking.
His presence as Santa at Christmas was always one of my families favorite times.
Love, Sue, John and Grace Tawgin
Comment Share
Share via: 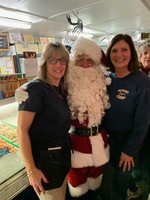 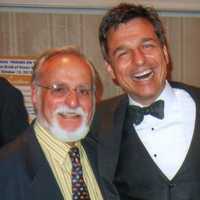 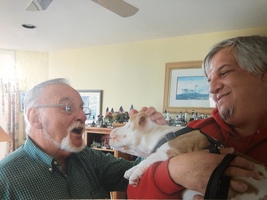